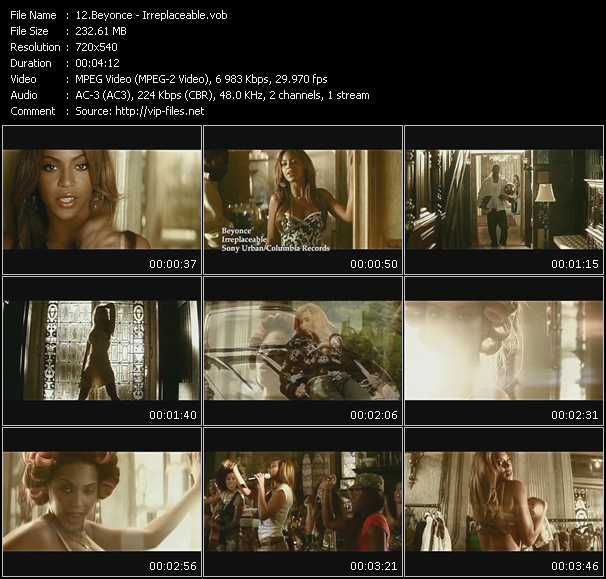 Following the moderate chart performances of «Déjà Vu» and «Ring the Alarm», «Irreplaceable» was released internationally on October 23, 2006, as the album's second single, and the third in the United States on December 5, 2006.

The video for Irreplaceable, like Me, Myself And I and If I Were A boy focuses on following the romantic storyline of the song's lyrics, telling a cinematic story rather than presenting Beyoncé's sexy image and dancing. It opens with Beyonce filing her nails as she tells her ex-partner his stuff is in a «box to the left». The video was nominated for Video Of The Year at the MTV Video Music Awards in 07' but lost out to Rihanna's Umbrella.

Тип статьи:
Рецензия
Irreplaceable, clip
—
93
Admin
RSS
Write a comment
No comments yet. Be the first to add a comment!