Beyoncé Knowles's solo debut has Corporate Flagship Project written all over it, from the extensively airbrushed portraits of the singer on the sleeve to the list of guest stars (Missy Elliott, Luther Vandross, Jay-Z, Sean Paul) to the way every track has been concocted by three, five or even seven co-writers.

Perhaps inevitably, the desperate urge to cover every musical base from dancefloor to soul-ballad means that there is barely a track here with any distinctive identity or even a tune.

Still, the lead single, Crazy in Love, has been blitzkrieging the US charts, and wall-to-wall TV coverage will do the rest, Not least Knowles's pay-to-view TV spectacular a couple of weeks ago, entitled Ford Presents Beyonce Knowles, Friends and Family, Live from Ford's 100th Anniversary Celebration in Dearborn, Michigan.

If you're a passionate devotee of multinational conglomerates, this is the album for you.

«In 2003, I had my first solo album. But when I played it through for my record label, they told me I didn’t have one hit on my album. I guess they were kinda right… I had five.»

Finally released on June 22, 2003, Dangerously in Love debuted at number one on the Billboard, making Knowles an instant superstar.

BEYONCÉ PERFORMS HER BEAUTIFUL BALLAD DANGEROUSLY IN LOVE AS HER 2ND PERFORMANCE OF THE NIGHT. 22 MAY 2003 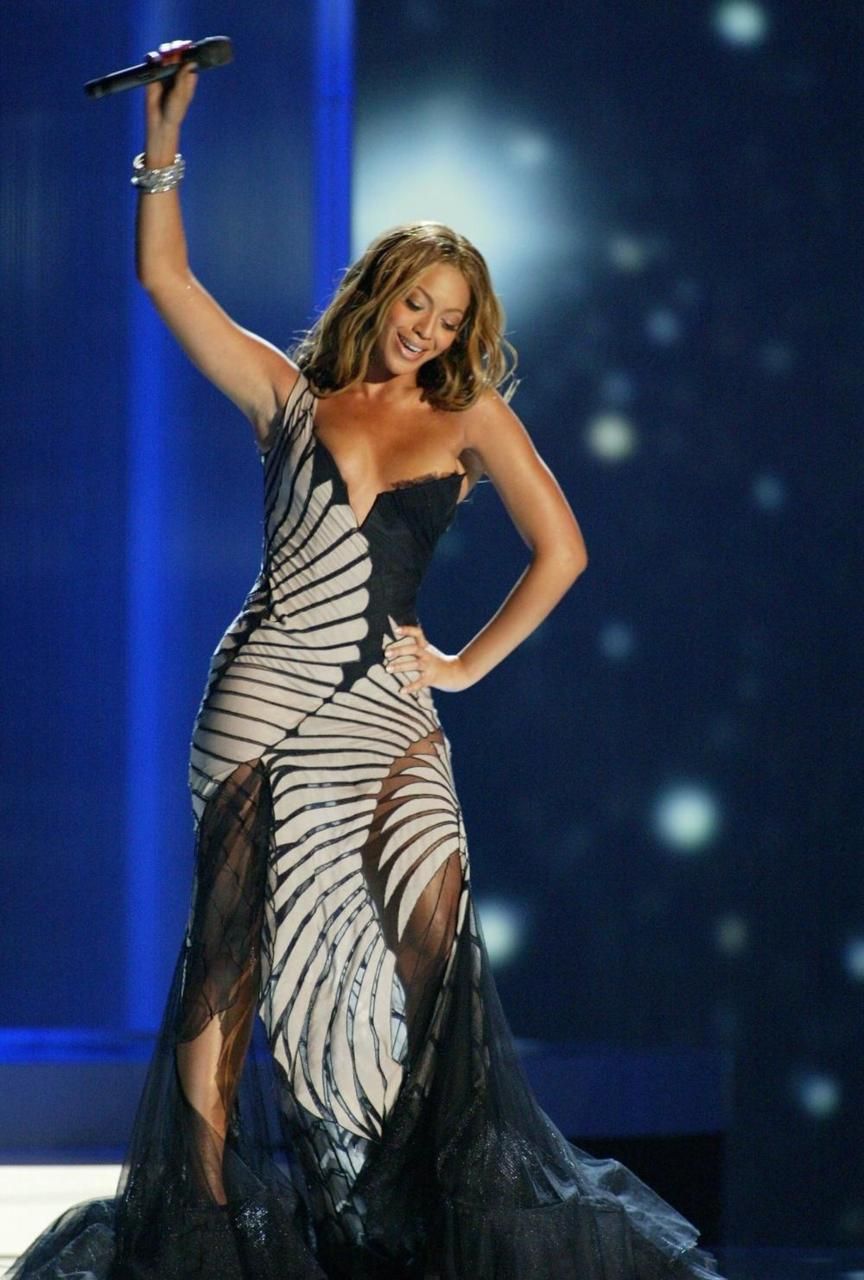 R&B artist Beyonce Knowles performs during a sold-out show at the Mandalay Bay Events Center in Las Vegas, Nevada, April 16, 2004. The multi Grammy-winning singer is promoting her triple-platinum, solo debut album «Dangerously In Love» as she tours with Missy Elliott, Alicia Keys and Tamia on the «Verizon Ladies First» tour. Knowles will release the DVD «Beyonce: Live at Wembley» on April 27.

Music
Beyoncé Knowles, Dangerously in Love, album
—
12
RSS
Write a comment
No comments yet. Be the first to add a comment!