Star couple Jay-Z and Beyoncé eschewed the Illustrious Met Gala to celebrate her 40th birthday in supreme style onboard the largest and most expensive charter yacht in the world, the 136 m Lurssen megayacht FLYING FOX for a luxury vacation in the Mediterranean.

Beyoncé recently shared images of her family enjoying their vacation onboard this iconic superyacht, which certainly enjoys a star power of its own, boasting a huge array of spectacular amenities across 6 vast decks.

The yacht's graceful exterior curves are penned by the renowned Espen Øino, whilst her interiors are the brainchild of Mark Berryman Design.

Jay-Z and Beyoncé’s entourage would certainly be dwarfed by the yacht's highly-professional crew of 55, all of whom are trained for multiple roles in order to staff the various amenities found onboard, including the yacht's very own hospital wing.

Megayacht Party Can’t Stop, Won’t Stop for Beyonce and Jay-Z, on Board the Flying Fox

We’ve seen a lot of celebrities enjoying some relaxation time on board luxury superyachts this season, but they all had one thing in common – as luxurious as it was, the vacation didn’t last more than a week, as even the famous and rich have to get back to their obligations. Unless they’re Beyonce and Jay-Z.

The iconic artist celebrated a milestone birthday, her 40th, at the beginning of the month, on September 4. It’s been a non-stop celebration ever since, with Beyonce and equally-famous husband Jay-Z continuing their vacation on board the Flying Fox. Fans are asking “When are you coming home?” and saying that “Beyonce hasn’t been letting us breathe lately,” referring to the frequent posts on the artist’s social media platform.

Of course, fans love to get a glimpse into the two celebrities’ private paradise. Who wouldn’t be curious about what’s it like on board a megayacht that costs $4 million per week to charter? The Flying Fox has been commissioned just two years ago, and it’s considered the biggest charter megayacht in the world, with no less than six decks.

It’s one thing to enjoy some vacation time on a beautiful yacht, and most celebrities do it, but it’s a whole different thing to basically go on a private cruise on what could be seen as a floating resort. From the giant pool, cinema and nightclub, to a high-end wellness center and two kitchens, the Flying Fox spoils its guests with everything they could probably wish for.

It’s to be expected of Beyonce of Jay-Z – after all, these megastars went to a casual dinner in New York by helicopter. When you’re cruising in some of the most beautiful places in the world, including Southern Europe, you want it to last for weeks. And, in their case, you’ve got $4 million per week to do so.

The only other celebrity superyacht vacation that comes close to this one is D-Wave and Gabrielle Union’s recent trip to Europe, which they’ve actually dubbed the “Wade World Tour 2021”. Still, it wasn’t on board the world’s biggest charter megayacht, allegedly owned by Jeff Bezos.

This one is, by far, the most controversial because it was reported to be owned by the “space cowboy” himself, but rumors haven’t been confirmed. It’s also double famous because apart from the alleged ownership, it was the yacht chosen by the iconic couple Beyonce and Jay-Z to celebrate the beloved singer’s 40th birthday last month. Photos shared by the couple from their month-long vacation in Europe showed some of the luxury of this 466 feet (142 meters) beauty, the 14th largest in the world.

Built by Lurssen Yachts, the Flying Fox boasts not just one but two helipads, besides the generous swimming pool, gym, spa area, and cinema. With access to a master suite that unfolds over the entire top deck and 55 crew members, it’s no doubt that Beyonce and Jay-Z enjoyed a very special treatment on board. For a yacht that costs four million dollars per week to charter, that’s to be expected.

Beyoncé and Jay-Z skipped two of the year's most important red carpet events, the Met Gala and the MTV VMAs, for one very good reason: the couple were enjoying a family vacation on the beautiful beaches of mainland Europe.

Of course, they made the trip in high style. The pair decided to rent the mega-yacht Flying Fox for around $4 million a week. On her Instagram account, Beyoncé shared the photos from the impressive ship that measures about 417 feet long and costs about $500 million to build.

The ship can accommodate up to 25 passengers comfortably in several suites. However, the most impressive part is the size of the crew. The vessel holds around 55 crew members, including chefs, doctors, diving instructors, hairdressers, and more. Amenities include a helipad, gym, various water equipment, a submarine(!), and a beautiful heated pool.

While the couple seems to have enjoyed their getaway, it doesn't look like Bey and Jay are getting into the nautical real estate game just yet. Actually, their lodging for this voyage is actually owned by a well-known name among billionaires: Jeff Bezos, founder of Amazon. Earlier this year, Forbes estimated that Bezos' fortune was valued at $177 billion, making him the richest man in the world. 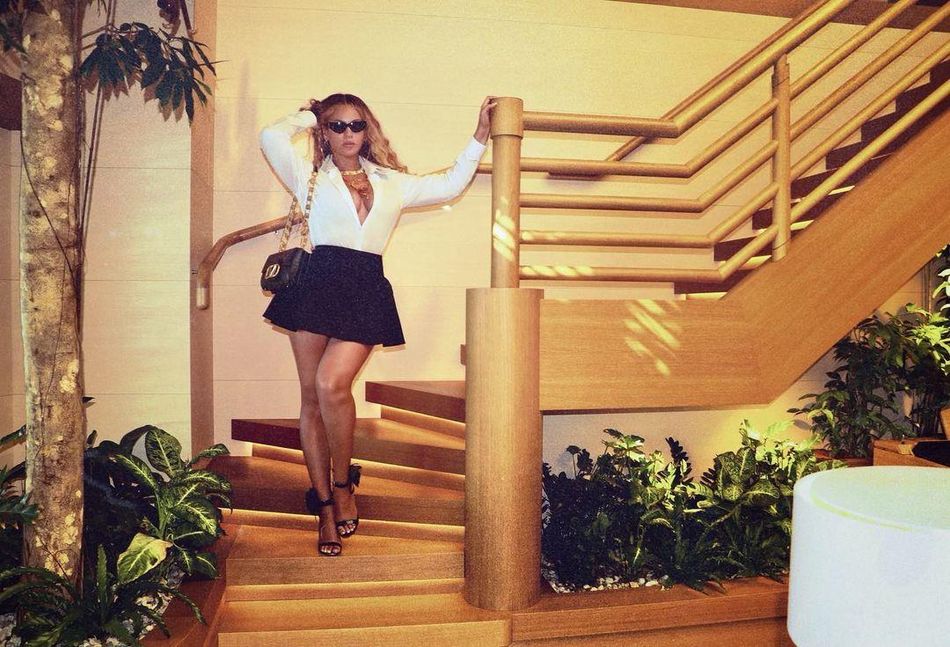 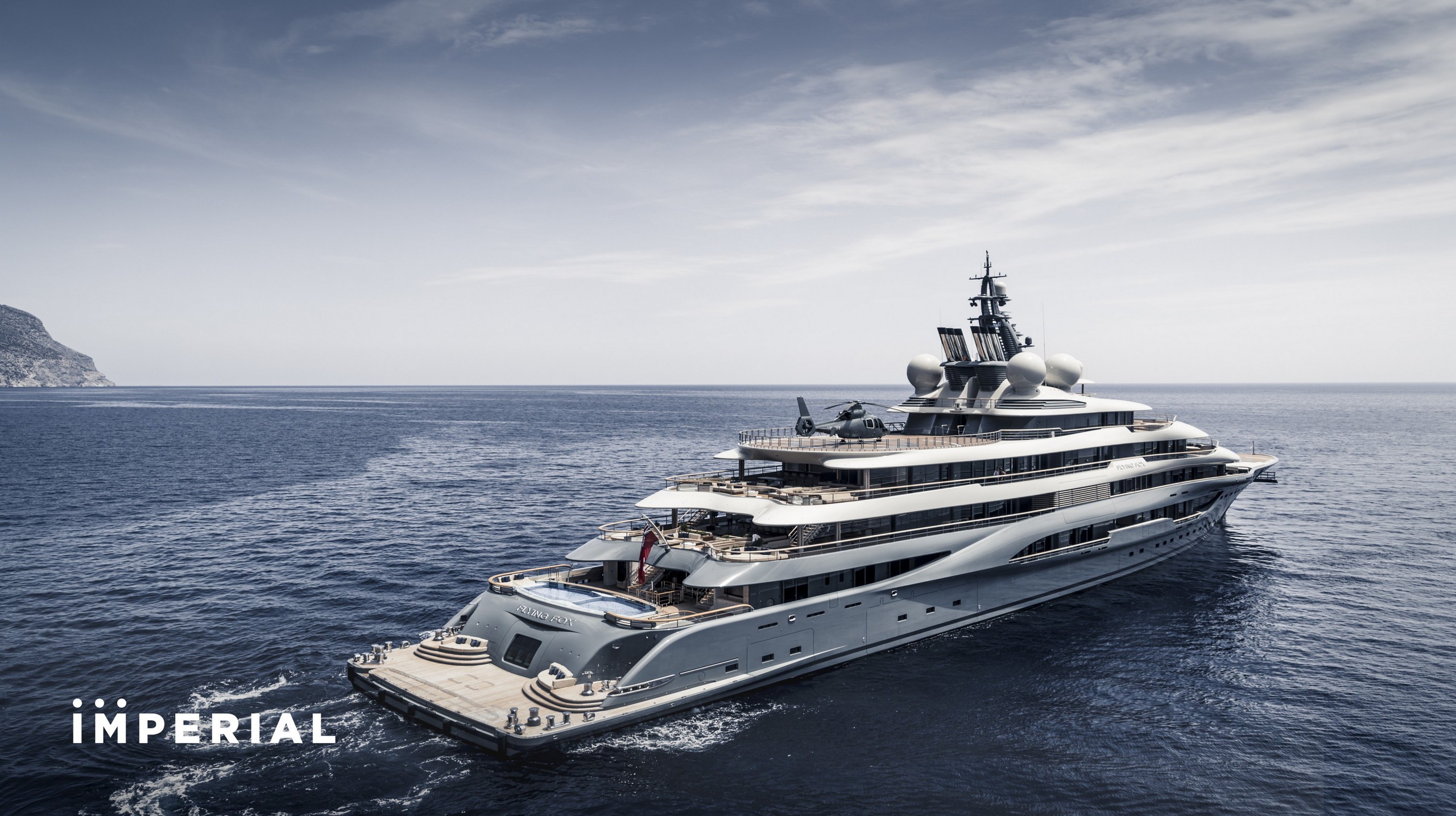 Private Life
yacht, Flying Fox
—
26
RSS
Write a comment
No comments yet. Be the first to add a comment!