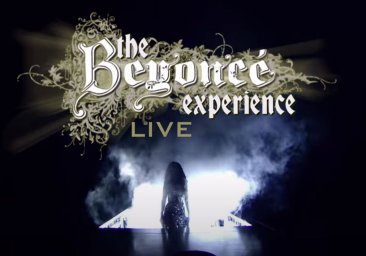 he famous singer, songwriter, performer, actress and fashion icon Beyonce Knowles is set to have her own first ever live DVD.. The DVD is featuring over two hours of music including a performance filmed in Los Angeles last September and also special guest like his boyfriend Jay-Z, or the reunion of the Destiny's Child.

Though Beyonce Knowles has earned fame as an actress and a spokesmodel, she is first and foremost a singer, as she showcases in the entertaining concert film The Beyonce Experience Live. Polished, effortlessly glamorous, and a strong showman, Knowles is the Diana Ross of the 21st century. The singer-songwriter is equally comfortable belting out a rocking dancing number or crooning a heart-wrenching ballad. Though she shares the stage at times with her boyfriend Jay-Z and her bandmates in Destiny's Child, The Beyonce Experience Live makes it clear that she really is a one-woman act. The packaging on the DVD asks, "Are you ready to be entertained?" The answer better be yes, because Knowles gives it her all. Singing, dancing, joking around, costume changes--it's all there. And Knowles is the type of likable performer who makes viewers feel that even though she may be more talented (and prettier) than the rest of us, she's really just one of the girls. Then, too, you've got to love a gal who celebrates a woman's right to gain a few pounds (aka "jelly") in the infectiously catchy hit "Bootylicious." The film does a good job of including various phases of her musical career, from a defiant rendition (with Destiny's Child) of "Survivor," to a funky duet with Jay-Z on "Upgrade U," to a tongue-in-cheek rendition of "Check on It" (from the soundtrack of Pink Panther). While Jennifer Hudson completely overpowered her in the film adaptation of Dreamgirls, Knowles has a pleasant voice well suited for R&B-tinged pop. She paces her set well and doesn't overextend herself to the point where she has to rely on audio tracks to supplement her vocals. Many tour films fail in capturing the excitement of a live concert experience. The Beyonce Experience Live is about as good as you can get to seeing Knowles live, but without having to buy a ticket.